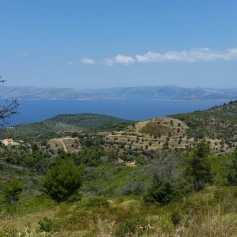 We visit Schinias beach, the place where the legendary battle of Marathon between the Greeks and the Persians took place in 490 BC. Hear from your escort how the Greeks opposed the Persians who disembarked at Marathon beach, and how they won a victory thanks to the ingenious tactics of their general Miltiades. This battle was landmark event for the consolidation of the Athenian democracy and the evolution of the history of western Europe.

This place is also the start point where, according to the tradition, a messenger was sent to Athens to announce the victory of the Greeks. It is in commemoration of this run that the Marathon race was established as a modern Olympic Games contest.